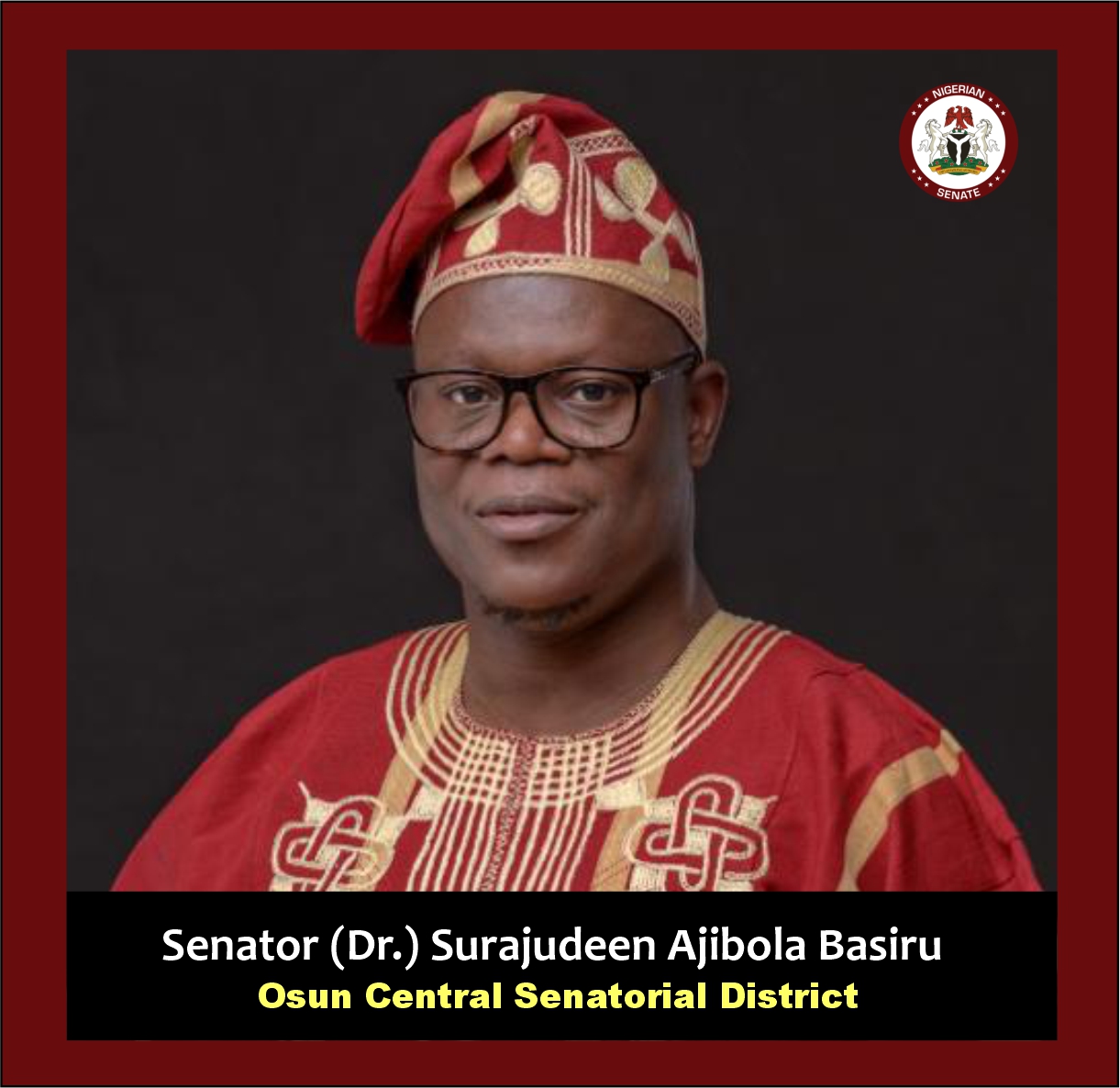 Surajudeen Ajibola Basiru, is the Senator representing Osun Central in the National Assembly and Chairman Senate Committee on Media and Publicity. Before coming to the senate in 2019, he served as Attorney-General and Commissioner for Justice in Osun State. The Senator recently played host to BusinessDay Editorial Team comprising John Osadolor, Obinna Nwachukwu and Godsgift Onyedinefu in his expansive office and responded to a number of questions. Excerpts:

What does your job entail as Chairman, Senate Committee on Media and Publicity?

I think from the nomenclature it’s clear, essentially, I would say my committee is a service committee in the sense that we service the senate in terms of information management and management of public perception of the Senate. So, we process information and we also disseminate information. We try to shape opinion around the work that the Senate is doing. I will tell you that it’s a very daunting task, because, there appears to be a lot of misconception around the workings of the National Assembly generally and the Senate in particular. And this perception is borne out of the fact that, of the three arms of government we have in the country, the Legislative arm appears to be the most underdeveloped in terms of the period that it has been practiced. You will recollect that in 1966 when the military struck, the major victim in terms of issues of government was the legislative arm. From 1966 to October 1979, there was no legislative experience; laws were being made by military decrees whereas there are the Executive and Judicial arms in place. And of course December 31, 1983, when the military struck again, there was no legislative arm properly so called until the return of democracy in 1999. There were some aberrations during the Ibrahim Babangida administration whereby the legislative arm was more like a consultative arm in that regard. For me, that institutional issue of not being at the same developmental stage with other arms of government is challenging. We must also confess that, at the inception of democracy there have been challenges as to whether the institution have been up and doing. But, I think over a period of time, the National Assembly is becoming recognized for her efforts in sustaining our democratic heritage and also coming up with developmental support for the country.

How would you access the performance of the 9th Assembly so far?

At the public hearing on the PID, the Senate president assured that the bill would be passed into law before 29th May 2021. Is the Senate working towards actualizing that?

We are working. We just came back from a major retreat comprising senators and House of reps members already considering a clause by clause provisions in the PIB. We have moved round the states to get opinions from communities and stakeholders. We have engaged the executive as well as the IOCs for their input. We are looking towards a situation whereby by the time the bill is finally presented at the National Assembly it will have a smooth sail. And because the executive is being carried along, it will also have quick assent . We are also trying to avoid all the pitfalls of the earlier efforts at ensuring an acceptable PIB.

As chairman of this critical committee of the Senate, what challenges do you face in executing your Job?

The major challenge the Senate faces is that of a negative public perception. And it has to do with institutional, seemingly underdevelopment because of the mismatch between our history and that of the other two arms of government. There is also the traditional hostility and negative perception of politicians irrespective of who you are. This is a global problem. Also, you have to deal with the nature of our media itself which needs a more constructive engagement with the National Assembly as a democratic institution. There is the general perception to see elected representatives as ordinary Nigerians in terms of their opinion, but, in reality, because they represent a constituency, when they speak, it’s as if they are speaking for that constituency. Most of the time when I get confronted with people saying “Nigerians have said”, I ask questions like “is it somebody seating in his room, who possibly does not even have the support of his wife and children that is speaking on behalf of Nigeria? Or, people who have subjected themselves to a democratic process and get elected that are speaking on behalf of Nigerians?. Then, a lot of people have negative perception of anything that has to do with government. When you have that kind of situation, you need to be careful, you need to also know the challenge. There is also lack of understanding of the workings of the National Assembly by people who are supposed to educate and enlighten people. For example, if I introduce a bill in the National Assembly, what will be reported is that “Senate introduces a bill”, Senate does not introduce a bill. It is either a private member bill introduced by an individual or an executive bill. There is also the need for us to engage the media as moulders of public opinion. I must say that I have been lucky to enjoy the confidence of our conventional media and have a very good working relationship with them in being able to at least, let us ventilate our own side. And like I said, there is no gain in lying as to what really happened. Say the story as it is. There is no perfect system anywhere in the world, but, we learn from our imperfections and get better. So, our own philosophy to handling this issue is; to see it for what it is, say it for what it is and when necessary, make amends. So, that has enabled us to overcome the challenge of negative perception that citizens will generally have because of challenges that we have in our country; in terms of unemployment, insecurity etc. All these are generally taken to be at the door steps of politicians and no matter what effort you put in place, because you are democratically elected, you have the challenge to continue to explain, to improve your legislative process and to alleviate the people and make them to have a better perception of things that we do here in the national assembly.

Judiciary staff workers have been on strike for weeks. What is the position of the Senate with regards to financial autonomy for the judiciary?

The Senate has not met or taken a resolution on the strike , but as far as I am concerned as a legal practitioner, I am strongly concerned about rule of law and the independence of the judiciary. I am in support of financial autonomy for the judiciary. I have been an Attorney General before and I know the challenge that the judiciary have in being able to coordinate their affairs and handle their processes. So, the struggle for judicial autonomy is in order and must be supported by all of us who believe that judiciary is the hope of the common man. I believe it’s not something that is not achievable, because, at the federal level, it’s already being done. Even at the federal level I believe that there is a need to allocate more resources to the judicial arm of government. The salaries of judges have been stagnated and when you consider the rate of inflation, I don’t think it’s a good deal for those that are carrying out that very important aspect of our work. Also, the judicial system needs to be automated to be in line with modern development, particularly, the problem of expeditious determination of cases needs to be addressed urgently because you cannot have an economy that is developing and you are not thinking of judiciary and the process and system that will be able to deal with dispute resolution that will arise in the context of finance and economy.