Dr. Surajudeen Ajibola Basiru, is the Senator representing Osun Central Senatorial District under the platform of the ruling All Progressives Congress; and also doubles as the Chairman, Senate Committee on Media and Public Affairs.

He’s also a member of the following Senate Committees:

Dr Basiru was born on the 1st of July, 1972 into the family of late Basiru Akanmu Adebayo, Odofin Compound and his mother is from Alawe Compound both in Osogbo, State of Osun. .

Ajibola began his early education at Salvation Army Primary School, Oke-Fia, Osogbo and later attended Laro Grammar School, Oke-fia, Osogbo where he obtained his Secondary School Certificate. While at Laro, he served as Assistant Senior Prefect and was the PRO of Dramatic and Arts Society of the School

Ajibola is married to Habibat, also a legal practitioner (currently a Magistrate with the State of Osun Judiciary), and they are blessed with Omobola, Ajibola Jnr and Mobolaji. 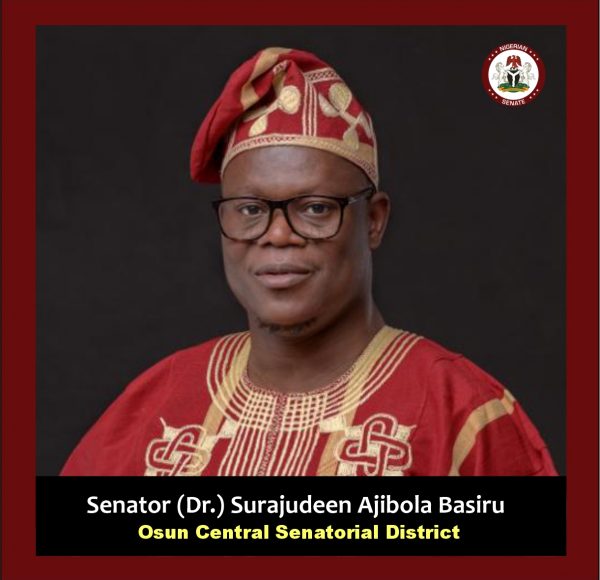